Or login with email

Join our subscribers list to get the latest news, updates and special offers directly in your inbox Following the grand success of the ‘Baahubali’ franchise and Saaho, actor Prabhas is all set to enthrall the Tamil audiences with his romantic avatar in the movie ‘Radhe Shyam’. The film is produced by UV Creations, presented by Red Giant Movies, directed by Radha Krishna Kumar. Pooja Hegde is playing the female lead role in this movie. The others in the star cast include Sathyaraj, Jagapathi Babu, and many more prominent actors. This has been one of the highly expected movies of this year. Vamsi and Pramod are producing this movie for UV Creations. While the film is all set for the worldwide theatrical release on March 11, 2022, the cast and crew of this movie were present for the Pre-Release event in Chennai yesterday. The occasion was graced by Sathyaraj, Sibiraj, Udhayanidhi Stalin, Red Giant Movies Shenbagamoorthi, and many more prominent celebrities from the industry along with the film’s cinematographer – Manoj Paramahamsa, music director Justin Prabhakaran and others from the team.

We bring you excerpts from the event.

Madhan Karky said, “I listened to the story narrated by Radha Krishna Kumar 3 years ago. During the completion of the first half, I was a little doubtful whether this plot driven by the concept of palmistry would appeal to the audiences’ interests. However, I was proved wrong with the way; he narrated the second half, which was so amazing. Prabhas has come up with a remarkable performance in the climax sequence. I was enthralled watching the stellar performance of Pooja Hegde in a particular scene. I am still wondering, how the makers could envisage such a sequence. It’s really nice to see Prabhas getting back to romantic avatar after a long hiatus refraining from action blocks. Justin Prabhakaran has delivered a package of mellifluous songs. Radhe Shyam is going to be a beautiful treat for the audiences.”

Cinematographer Manoj Paramahamsa said, “Director Radha Krishna Kumar is a brilliant narrator and filmmaker. I was spellbound while listening to the script. During my academic studies, I would often feel that without Mani Rathnam sir and PC Sriram sir, our cinematographers wouldn’t be easily accessing the latest equipment. Radha Krishna Kumar has widened the domain by visualizing a mammoth screen experience. He gave me complete creative freedom. He had planned to shoot a sequence across exotic locales of Germany in the morning, but he changed his plans for nighttime, according to my suggestions. I am glad to see the appreciation for the visuals now. All credit goes to the producers and director for encouraging me. I am elated to see the enormous growth of Pooja Hegde in a span of just 4 years. Justin Prabhakaran is a tailor-made music director for romantic movies, and he has offered beautiful tunes for this movie.”

Producer-actor Udhayanidhi Stalin said, “We at Red Giant Movies had earlier released FIR, and I didn’t attend the promotional events. Even today, I had the shoot for my new movie started, but still, I managed to bunk and attend this occasion. I saw the movie a couple of months ago and was really stunned by the way, it is made. The film has a running length of 3 ¼ hours. Every scene itself was like a trailer, and I was so enchanted and excited to see what was next. I have been a great fan of Prabhas even before the Baahubali moment. Pooja Hedge is creating a sensation with every movie. While her Arabic Kuthu is a mania here, she has done fabulous work in Radhe Shyam as well. Sathyaraj sir has played a never-seen-before role in this movie, and there’s a climax surprise, which will leave audiences astonished. I am confident that audiences from all walks of life will love Radhe Shyam, and Red Giant Movies is proud to be releasing it.”

Music Director Justin Prabhakaran said, “Radhe Shyam is an important movie in my career. My long-run dream to experiment to the best of my potential has come true with this movie. We have done rerecording at Budapest Orchestra. The onscreen chemistry between Prabhas and Pooja Hegde has turned out to be a beautiful one. Usually, every music director would be curious to see how the visuals have turned up, but I feel blessed to see Manoj Paramahamsa sir doing magic with visuals. Sathayaraj sir’s character is completely in contrast to what he has done in Baahubali. Everyone is going to enjoy this movie in the theaters.”

Actor Sibi Sathyaraj said, “I am not an expert in palmistry, but I can affirm that Radhe Shyam is going to be a blockbuster hit, by just looking at the poster itself. Prabhas sir, I am a huge fan of yours. My father has spoken a lot of things about you. The term ‘Pan-India’ became popular in the movie industry with ‘Baahubali’ alone. I am happy to see that the movies you have been choosing after ‘Baahubali’ are unique and unparalleled. I am curious to watch the movie in the theaters. Thank you.”

Director Radha Krishna Kumar said, “Prabhas is really a cute and romantic boy. I got to know about his beautiful nature while spending more time with him. I strongly felt that he would do complete justice to this role. Then it’s Sathyaraj sir, who I approached for a particular role. The first question, he asked me was, “Do you really know me and my ideologies?” But still, he accepted my offer and has done a remarkable performance with this role. Without producers, this movie would have not achieved such a grand output. I thank them for believing me and trusting the script.”

Actor Sathyaraj said, “This is going to be a tremendous treat for everyone. Many have been appreciating me for the role that I have done. I think as an actor, one should be ready to play any roles that appeal to their interest. I have been Periyaar in my movie, and then a cricket coach in Jersey. I have nearly married 25 heroines onscreen. All these are just for the sake of my characterizations. So is this role, which might look alien to my real-life ideologies. Usually, Prabhas would fly across the airs for action blocks, but this movie turns out to be an upgraded version, where the gigantic ship itself is flying. After Baahubali, the responsibility levels of Prabhas has escalated, and he has been carefully chose the best ones. The film has James Cameron touch, and it’s going to be a massive hit. Pooja Hegde has become the darling of the darlings. In recent times, Pan-Indian movies is finding different definitions. They are getting it done easily by hiring actors from various industries, but Radhe Shyam is a real Pan-Indian movie, and everyone will enjoy this movie in the theaters.”

Actress Pooja Hegde said, “Radhe Shyam is 5 years of our hard work, and we are bringing it you after facing so much of challenges. The producers have been generous in making sure that final output turns to be magnificent as planned by the director. Prabhas was a friendly and great person to work with. I am little disappointed that I don’t have any sequences with Sathyaraj sir. Manoj Paramahamsa sir has done fabulous magic in this movie, and I am working with him in the movie ‘Beast’ as well. Justin’s songs are divine. It will be a pure romantic treat with visual elegance.”

Actor Prabhas said, “Sathyaraj sir is my lucky mascot. I worked with him in the movie ‘Mirchi’ which was a super hit and then Baahubali, a blockbuster hit. I am confident that Radhe Shyam is going to be yet another milestone in our career. His characterization is so powerful and intriguing in this movie. Music is the soul of any romantic movie, and Justin Prabhakaran has breathed sumptuous life into it. Manoj sir is the real hero of this movie for his visuals have been the first and foremost attraction in this movie. Pooja Hegde looks so beautiful in this movie, and our chemistry has worked out well. Pramod has so much courage for having made a love story with me. He narrated me the story even before Baahubali, and even now, I am wondering, how he visualized a script like this with me playing the lead role. Radhe Shyam is 5 years of our hard work, and we are happy to bring to you all in the theatres. Thank you.”

Radhe Shyam is set against the backdrops of the 1970s. Prabhas plays a palmistry expert, and Amitabh Bachchan has given voiceover for this movie. The film with top-notch technical aspects and brilliant visuals has been shot across the exotic locales of Italy, Georgia, and Hyderabad. The scintillating chemistry between Prabhas and Pooja Hegde has become one of the intriguing reasons in attracting the crowds. The film is all set for the worldwide theatrical release on March 11, 2022.  Vamsi and Pramod have produced the movie for UV Creations.

Pre-wedding Diet Tips For Every Bride And Groom: Foods To Eat And Avoid

An off-screen video of Thalapathy Vijay dancing to ‘Vaathi...

'This Is Us' to end after season 6 on NBC 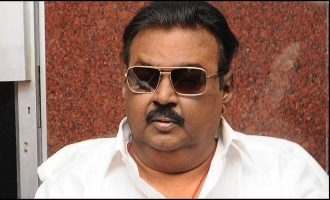 Legendary action hero Vijayakanth has been battling a long illness for the past... 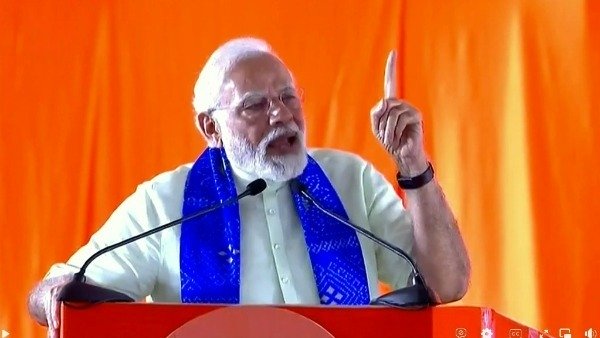 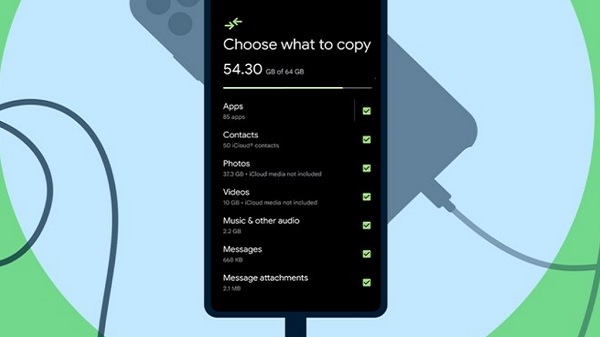 Google has just simplified the process of switching from an iPhone to any Android... 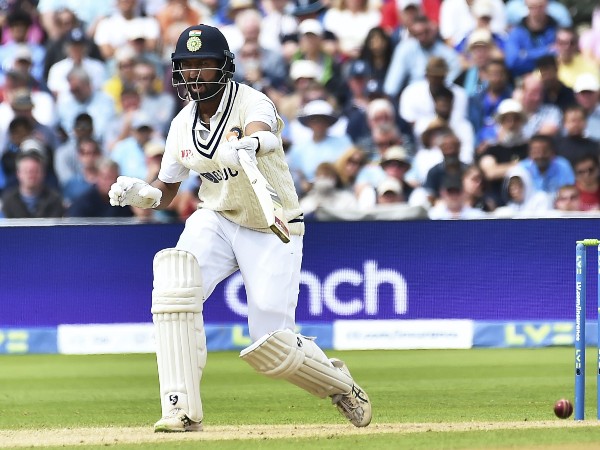 Birmingham, Juy 3: India turned the screws on hosts England as they put themselves... 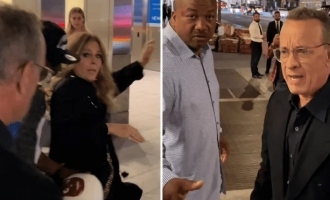 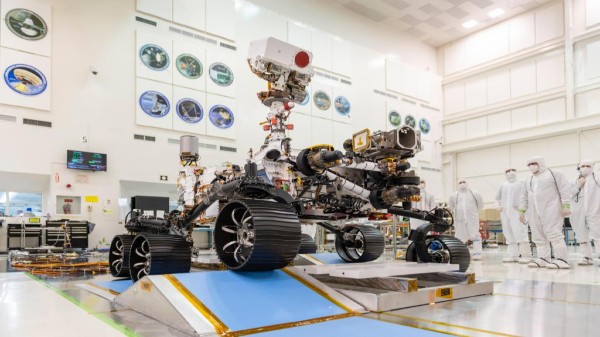 NASA's Mars mission is a very ambitious one, and several projects are already working... 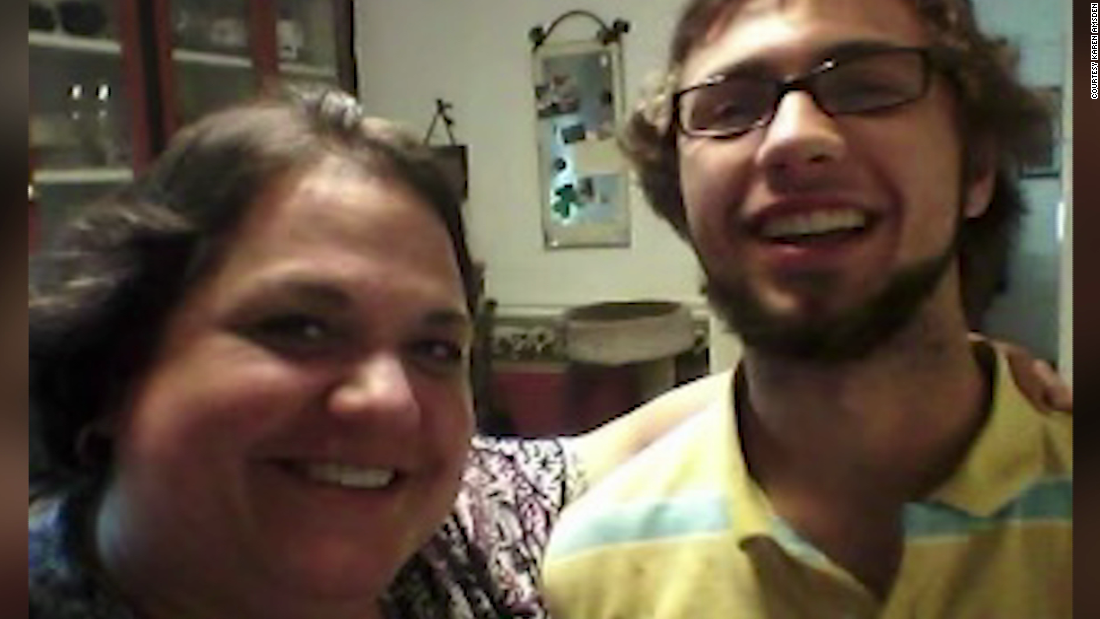 What could be the name of rbi's [india's] #digitalcoin [fun poll]

This site uses cookies. By continuing to browse the site you are agreeing to our use of cookies. Find out more here